What is in store for Europe’s car dealers?

A thought leader whose opinions are highly regarded by the automotive industry. As our Group’s Chief Economist Christof looks out for current and emerging trends in the automotive and adjacent industries and puts them into context for our clients and us. 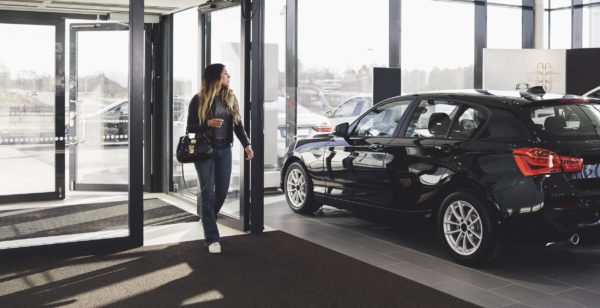 The dealer sector in Europe has undergone the most substantial changes over the past 10 years, with the number of dealer outlets falling by 16% to 52,000 across Europe. Autovista Group chief economist Dr Christof Engelskirchen explores the challenges facing the sector.

Consolidation started well before 2009, driven mostly by margin pressures, and looks set to continue: digitisation and OEMs wanting to take more control in the sales process will serve as catalysts to this trend. Is this bad news for the sector? No, it is not.

New-car sales operations were already the least profitable activity for dealers, far behind aftermarket and used-car sales. Margin pressure will continue in this area. The dealer role in new-car sales will change, and as a result of more units selling online, OEMs seeking more direct customer interaction and the continuing trend to more leasing or personal contract purchase (PCP). New players will enter the market with new business models like car subscriptions. Car sharing, while economically challenged, will likely see a recovery as well.

An agency model for dealers adopting a consultative approach to selling is a likely future activity in the new-car sector. It will also be required, because a friction-less online and offline experience (some call it omnichannel) is an attractive future for car seekers. The process of vehicle purchase will move between the online and offline worlds, as customers seek information, personal contact,  and test drives. However, it should not matter where the final deal is done.

There are new opportunities for dealers linked to automotive megatrends, that can close a large portion of the profitability gap:

Behind aftermarket, used-car operations are already the second biggest contributor to a dealer’s profitability. Used-car operations will continue to remain a most important pillar of dealer success. The good news is that while new-car sales might have peaked in Europe, the number of used-car transactions will rise. The main drivers are the growing trend of vehicle leasing and car subscriptions. These business models create more used cars than regular car buying, as holding periods are shorter. For alternative powertrains, leasing is particularly dominant as private buyers are less willing to take on the associated higher asset risks. Moreover, OEMs have started to encourage leasing as it keeps the customer close.

Dealer groups are aware of the growing number of used cars and have adopted a strategy that reflects this. For example, Penske Automotive Group Inc. is bullish on its standalone used-vehicle store strategy and sold almost twice as many retail used cars than retail new cars in Europe. The company announced that Q3 2020 was the most profitable quarter in its history. It has 16 standalone used-vehicle ‘supercenters’ in the US and the UK, which saw a rise in revenues of 8%. Expense reduction also contributed to the success. 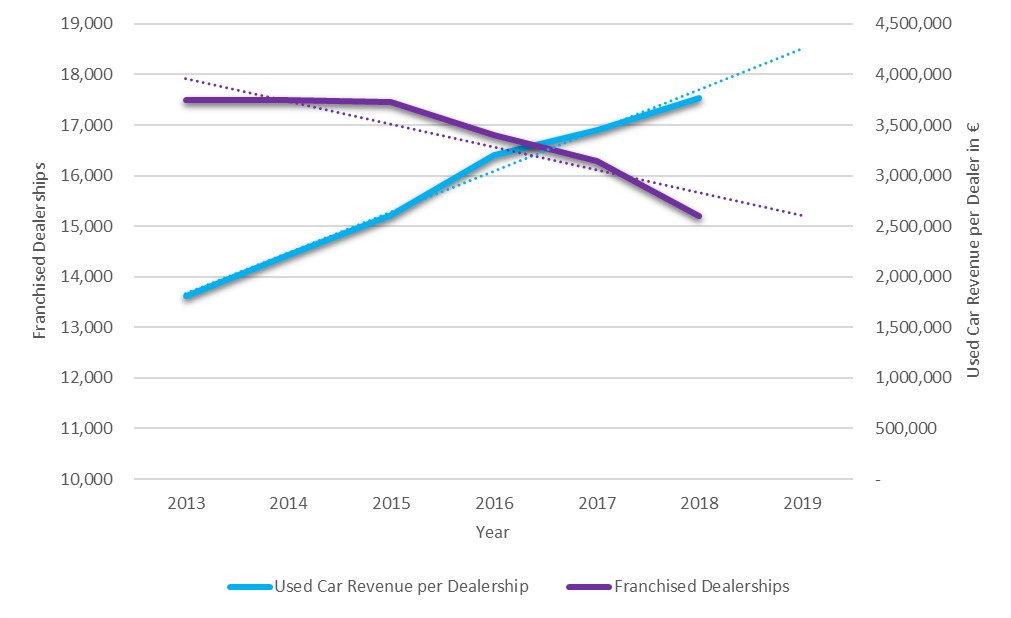 New business opportunities around the automotive megatrends, a different role in new-car sales and professionalised used-car operations represent great opportunities for dealers and dealer groups. Economies of scale will be more important than ever before. It will also be important to make the right investment decisions during these challenging times. The smallest change will likely be a new name for the old-fashioned term ‘dealer,’ which many associated with the outdated concept of haggling. There are plenty of options to choose from, e.g. retail specialists, sales agents, sales consultants or service factory. It will be exciting  to see how the sector will evolve over the coming years.

What is in store for Europe’s car dealers?

30 July 2020 A pan-European survey carried out by Autovista Group revealed how dealers, manufacturers and leasing firms were impacted by the coronavirus (COVID-19) pandemic....

Used-car retailing in a digital world

19 June 2020 The coronavirus pandemic has heightened the need for those in the business of selling cars to be able to do so without...

12 June 2020 A pan-European survey carried out by Autovista Group has revealed how firms within the automotive industry are reacting to the impact of...