Used-car transactions grow in France and Germany in October 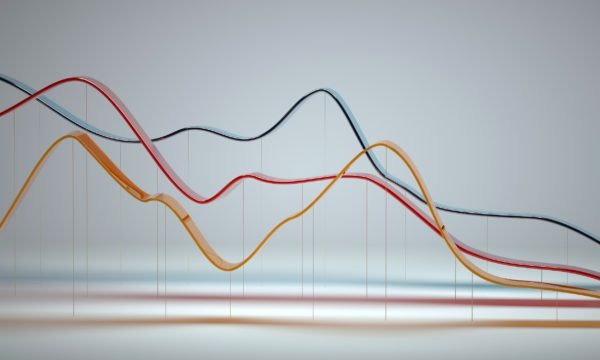 In the UK, used-car sales data are not yet available for October, but the country’s used-car market contracted by 17.5% year-on-year in the first three quarters of 2020. The volume of used-car transactions declined in all the four tracked major continental European markets too, but the downturns were significantly less dramatic than the contractions in new-car registrations.

The used-car market in the UK contracted by 17.5% in the first three quarters of 2020, according to the latest figures released by the Society of Motor Manufacturers and Traders (SMMT) on 10 November. However, this is only about half the downturn in new-car registrations in the country in the same period.

Following a comparatively modest decline of 8.3% in the first quarter of 2020, as the coronavirus (COVID-19) lockdown from mid-March negated growth in January and February, there was a 48.9% slump in the second quarter as dealer forecourts remained closed for most of this period.

The used-car market rebounded to increase by 4.4% in Q3 as dealers reopened and lockdown measures were relaxed. ‘During the busiest quarter since the end of 2016, some 2,168,599 transactions took place between July and September, 92,217 more than the same period in 2019, with September recording the largest growth, up 6.3%,’ the SMMT reports.

However, as England has returned to a state of lockdown and the rest of the UK wrestles with stark rises in COVID-19 cases, the final quarter of 2020 will be challenging.

‘It is encouraging to see used-car sales returned to growth but, as the pandemic continues and outlets in many areas are being made to close again, the short-term outlook is less positive. Given these premises are often proven to be COVID-secure, we need them to reopen quickly to protect vital jobs and ensure no further delay to the fleet renewal necessary to deliver environmental improvements,’ commented Mike Hawes, SMMT chief executive.

There have been similar contractions of the used-car markets in Spain and Italy. The latter has suffered the most, with 17.3% fewer changes of ownership in the first 10 months of 2020 than a year earlier, according to the latest data published by ANFIA. Nevertheless, this compares to a 30.9% contraction of the new-car market and is a significant improvement on the 31.6% decline in used-car transactions in the first half of 2020. Many buyers of both new and used cars decided to hold off until government incentives came into effect at the beginning of August as part of the Decreto Rilancio (Relaunch Decree). This new scheme came on top of the Ecobonus scheme, which incentivises cars producing less than 20g of CO2/km.

Used-car sales fell 14.2% year-on-year in Spain in the first 10 months of 2020, according to the Spanish car dealers’ association GANVAM. This compares to a 36.8% decline in new-car registrations. As in Italy, the used-car market has recovered well, given that there were 31.7% fewer used-car transactions in the first half of 2020 than a year earlier.

However, the market turned negative in October after five months of growth. ‘This change in trend is marked, to a large extent, by the impact that the coronavirus crisis is having on operations with used cars from rental fleets, known as buybacks (since after about six months the brand has an agreement to buy back that fleet to sell it on the second-hand market). As a consequence of the fall in tourism, the car-rental companies are not renewing their fleets. In fact, registrations in this channel accumulated a drop of 60% until October and, therefore, there is a large vacuum in the supply of pre-owned used vehicles, which translates into a 34% drop in sales of second-hand models aged less than a year,’ GANVAM reports.

In France, industry association CCFA reports a modest 4.1% decline in used-car sales in the first 10 months of 2020. As elsewhere, this is a significantly better performance than the 26.9% fall in new-car registrations.

However, Germany’s used-car market has weathered the COVID-19 storm better than all the other major European countries. There were only 3.5% fewer changes of ownership in the first 10 months of 2020 compared to the same period last year, according to the industry association KBA. New-car registrations have also suffered less than in the other major markets, but were still down 23.4% in the year-to-date, therefore being outperformed by used-car demand here too.

As Europe’s used-car markets have proven more resilient than new-car markets throughout 2020, the impact on residual values (RVs) has been predominantly positive. Autovista Group’s COVID-19 tracker, which tracks 12 European markets, shows that the index of RVs, compared to early February, has returned to pre-crisis levels in all countries except Portugal and Finland. The measurements began in February, with an index value of 100.

However, as Europe battles a second wave of COVID-19, new lockdowns, growing stock volumes, incentives for new cars, and rising unemployment, Autovista Group expects a downward trend for the end of the year, especially for younger cars.

Will the automotive industry surf the renovation wave?

Autovista Group senior data journalist Neil King considers the slump in registrations in France, Italy and Spain in October. Despite the existence of government-backed incentives...

In October, none of the big five European markets achieved a positive increase in registrations. With markets entering various states of lockdown to ease a...